A total of 483 vessels were collectively valued at just over US$167 billion in the first quarter, according to a report by VesselsValue

Cruise ships, which can cost upwards of US$1 billion each, have begun to fall in value as buyers and investors shun the once-lucrative industry that has lost its appeal amid the Covid-19 pandemic.

The global cruise ship fleet comprising 483 vessels has collectively lost US$4 billion in value to just over US$167 billion at the end of the first quarter, shipping data provider VesselsValue said in a report on Tuesday.

“As long as the virus persists and the vessels cannot trade, cruise companies and stakeholders will continue to lose vast sums of money,” said Guy Cooper, an analyst with VesselsValue.

According to VesselsValue, even ships that are being built at the shipyards are depreciating. It noted that Royal Caribbean’s €1.1 billion (US$1.2 billion) order for a 231,000 gross tonnage vessel placed with French shipbuilder Chantiers de L’Atlantique in 2019, is now valued at €1.03 billion, losing 6.4 per cent in value in a year.

VesselsValue bases its valuations in part on commercial use. Unused ships lose value and desirability among potential buyers. Cooper estimated that a large, 6,000-passenger vessel would have a normal operating cost of US$1.1 million per day.

The cruise ship industry served some 30 million passengers in 2019 and was forecast to rise to 32 million this year, according to the Cruise Lines International Association. But those projections were made before the Covid-19 pandemic struck, which has brought the global tourism industry to a near standstill.

The stranding of passengers aboard cruise ships, some of them stricken with Covid-19, created disastrous headlines around the world. In Hong Kong, Genting’s World Dream and nearly 2,000 passengers on it were kept in quarantine at Kai Tak Cruise Terminal while testing was carried out in February.

It could have been worse. Eleven people died and 712 tested positive for Covid-19 out of 3,711 passengers and crew on Carnival Corporation’s Diamond Princess, moored at Yokohama port since February 4. The infections got so serious early on when the coronavirus outbreak was still mostly confined to east Asia, that the ship was given its own ranking for confirmed cases and death toll by the World Health Organisation (WHO) as if it were a country.

Last month, the Grand Princess operated by Princess Cruises was quarantined off the California coast after 21 passengers out of 3,533 on board caught the coronavirus during a voyage to Mexico. Last week, the MS Zaandam by Carnival’s Holland America Line laid anchor in Florida after four passengers died.

Still, the industry is trudging along, with eight passenger-carrying cruise ships still out at sea, seeking safe harbours to dock, according to the Cruise Line Industry Association. The total number of ships under way – including vessels returning to port with only crew on board – have halved from 169 on January 30 to 77 on April 3, according to Bloomberg Analytics, using MariTrace data.

Last month, Carnival, the world’s largest cruise liner which has idled its entire fleet at least until May, offered its ships to national governments to act as temporary hospitals as the outbreak stretches medical facilities to the limit.

Cooper noted that falling values may hamper efforts to raise cash, adding that Carnival was now trying to find as much as US$9 billion to keep the company running for the next few months. “This is an astronomical figure, whichever way you look at it,” he said.

Carnival said on Tuesday that it was planning to raise US$1.25 billion by issuing stock. It planned to raise an additional US$ billion in secured bonds and US$1.75 billion in convertible bonds, both due in 2023.

Cooper hinted that cruise lines may try leaseback sales, in which a ship is sold to a financial leasing company and then chartered by the seller, as a way to raise cash, but only at lowered valuations.

In its report, VesselsValue cited Genting Hong Kong’s sale of the 150,000-gross tonne cruise ship Genting Dream to a consortium of leasing companies owned by China Construction Bank, China Merchants Bank and Bank of Communications for US$900 million in January. Vessels Value now estimates Genting Dream at US$777 million.

Cooper said Genting Hong Kong benefited from the deal as the buyers now have a depreciating asset, but since Genting has to lease back the ship, both parties will suffer if the downturn continues. Cruise lines have also been on a building spree in the last decade to meet rapidly growing demand. In the last three decades, cruise ships’ total passenger-carrying capacity has risen from about 50,000 in 1990 to over 700,000 in 2019. Cooper said there are currently 106 cruise ships on order, with delivery dates ranging from the second half of 2020 through to 2028. 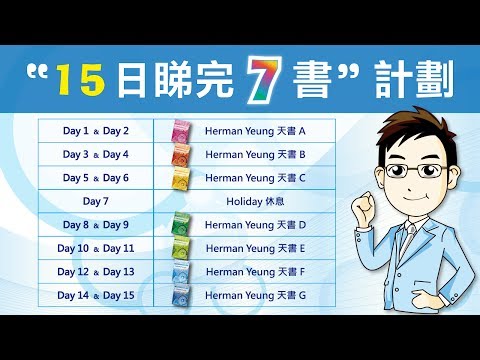